Systems Approach as a forerunner of Knowledge Economy 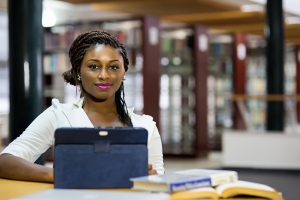 Systems Approach as a forerunner of Knowledge Economy

Knowledge has always been an essential part of every economic activity, but the digital age seems to be different in its reliance on economic knowledge. In traditional growth theory, it was assumed that increased use of capital governed increased worker output; but research has shown that technological change, rather than capital intensity was the key factor in workers’ productivity and economic growth. Knowledge differs from goods, each piece of information is uniquely different from others. Intrinsically, information cannot satisfy the essential property of homogeneity which characterises competitive markets.

The above figure depicts a typical systems approach in organisational settings; The examples below showcase its contextual management and the impact of employee inclusion/exclusion in the scheme of activities.

Company A’s eagerness to become a top-notch product leader informed its decision to adopt a strategy of portfolio planning and control tools to help it deal with increased corporate growth and diversification. It became one of the best, by allotting strategic roles to its operations and cash flow. Accordingly, Company A adopted a management system which allowed it to match its competitive strengths and industry environments with its business strategies. Following staff’s analysis, planning, and control, company A’s executives used these system tools to seek acquisition to improve constant profits. In spite of the adopted management systems approach, company A’s shareholders were not happy with their estimated projections. The rise in poor results and shareholders discontent left company A vulnerable and open to acquisition.

Concurrently, company B achieved its targeted estimations and profits by adopting a different system approach. The management of company B did not place much emphasis on top-down planning and control. They instead allowed the innovative ideas of frontline employees and sales representatives, thereby making every employee potential innovators that generated ideas which spurred the organisation to create new products and technologies. Unlike company A that was acquired, company B ’s net worth increased.

A factor which summarises the differences between the two companies used in the example is their management system (philosophies and styles). Company A is an archetype of system-based companies, while company B is a representation of knowledge-based companies. These two models are essential and operational in today’s modern management system. Although company A has information, planning, and control as part of its management process, these were not well defined in comparison to company B’s approach of identifying their employees as potential entrepreneurs with ideas which were discussed in face-to-face meetings. Company B aims to create jobs where employees’ initiative and ideas will be nurtured thereby enhancing mutual benefit and trust between those at the top and those bottom of the management ladder.  In this case, employees are seen as “Dreamers’’ for the organisation.

Many large companies, especially in developing economies have followed company A’s approach. There are overlapping differences between companies’ management expectation regarding: benefit derived from the collection, analysis, organisation and transportation of information used in their daily activities, and the money spent to make this strategy effective. This has led to the adoption of new strategic philosophies by many corporate leaders.

This adoption means that leaders now understand the potency of delegating many of the operational decision-making functions to their frontline managers who have first-hand experience of the business’ operational issues. Business leaders and top-level managers influence long-term goals, but there is a new shift to the realisation that extensive and progressive impact can only be made when there is internal development of human resources, knowledge, and capabilities within the organisation. These human capacities are often regarded as strategic assets and a huge strength, this does not imply that managers are no longer involved in the day-to-day planning or execution of organisational policies and goals, but that the systems within the organisation are just a component that should not receive more attention than other components. The intent of business leaders in the digital age should be how to use the system to integrate and build relationships within other organisational infrastructures.

These approaches have a lot of implications for top-level managers. Considering employees at the bottom of the organisation’s pyramid as vital strategic resources instead of mere factors of production indicates a direction of a system-based approach to strategic knowledge operations management. This means that reallocation of roles and responsibilities is inevitable with bottom-of-the-pyramid employees’ taking many tasks formerly reserved for the top. This approach is about people maximizing their knowledge for the expansion of the organisation and for achieving organisational goals and objectives.

The idea of relying on management strategy that emphasizes structure system is fast becoming obsolete and irrelevant. The assumption has been that labour’s role was to integrate the company’s investment in equipment and machinery to the company’s objectives of achieving profit maximisation, and also that the most important of the resource needed is capital. This is fast changing, as innovative companies now depend on their employees’ initiative to drive systems for effective competition and profit maximization, leading to great attention to the non-financials as opposed to the over-reliance on financials to the detriment of other components.

In this age of post-industrial advancement and information, there is a shift which identifies knowledge as the most critical resource. The ability to exploit and maximise this knowledge gives companies their competitive advantage. While many organisations in developed economies are changing from tall to flat structures, tall organisations still abound in developing economies, where employees are merely seen as tools for production as opposed to valuable and untapped resources. Knowledge is available externally through interactions with other players, however, it can only be tapped effectively and efficiently by bottom-of-the-pyramid employees, who are foot-soldiers and who interface with the external environment and serve as ambassadors of the organisation.

Knowledge has always been the principal ingredient in every labour. It is therefore crucial for managers to tap into this wealth of knowledge and utilise same for organisational development.

The idea of relying on management strategy that emphasizes structure system is fast becoming obsolete and irrelevant.