Rethinking the Licensing of New Banks 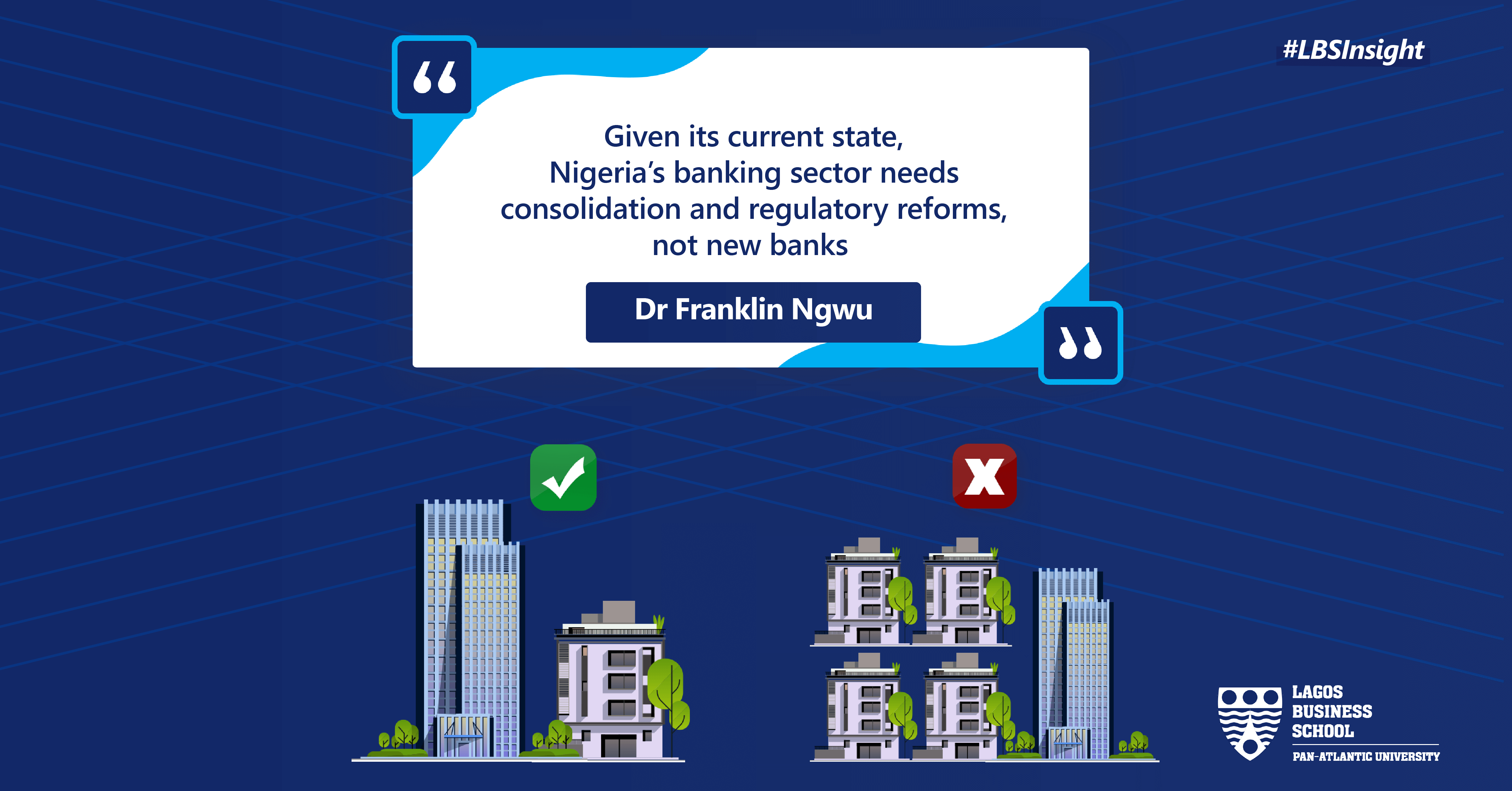 Rethinking the Licensing of New Banks

With the current licensing of new banks by the Central Bank of Nigeria (CBN), Nigeria will have about 26 commercial banks when operations commence. A key question is if we really need more banks just 14 years after the 2005 banking consolidation, with the present state of our economy.  According to sources familiar with the licensing, CBN is not only concerned that the sector is shrinking, but is eager to attract new investment and ensure that over 50 million unbanked and under-banked Nigerians are financially included and properly served. While the adduced reasons might be perceived as cogent, a critical assessment of the sector, the economy and the purpose of a banking sector to the economy reveals otherwise. It is also important that we remember what necessitated the 2005 banking consolidation and be sure that we are not preparing for the same situation where we had about 89 banks with many mainly involved in activities that can be best described as anti-banking and anti-Nigerian economy.

The principal purpose of banks in an economy is to provide financial intermediation services mainly through the collection of deposits from areas of surplus and allocations of credits or loans to areas of need. In addition to other variables, a common way to examine the extent to which the banks in any economy are achieving expected tasks is through the credit provided by the banking sector to the private sector as a percentage of the GDP. In Nigeria, the average from 1960-2017 is 12.52%. While it is 98.1% in South Africa from 1965-2016, it is 81.2% in the United Kingdom from 1960-2016 where we got our banking model from.  As we are gearing to about 26 commercial banks in addition to five merchant banks with only about 36.8 million bank account holders in a country of about 180 million people, South Africa with about 57 million people has mainly 10 local banks and seven foreign banks with about 22 million bank account holders. In the UK with a population of about 64 million people, there are about 150 million bank accounts (savings, deposits and current) and about 95% of adults have at least one bank account. With about 64,000 ATM machines with no withdrawal charge in over 98% of them, the financial sector employs about 1million people. Interestingly, there are only five independent British banks.

From the above, it is clear that effective provision of the required financial intermediation services is not really about having a high number of banks in an economy; it is about the depth of the economy and financial sector, infrastructure and other critical institutions and factors for robust development of the sector. Using all relevant variables to compare Nigeria with other peer countries, we cannot be said to be doing well; these include inflation, financial sector contribution to the GDP, interest rate, depth of the financial market, net interest margin, return on assets ratio, loan to assets ratio etc.

With a total domestic credit provided by Nigeria’s financial sector to the private sector as a percentage of our GDP just at 23.3% in 2018 as compared to South Africa with 180.4%, it is very clear that Nigerian banks are not lending to our private sector. Worse still, even the very little they lend is highly concentrated with allegations that about 100 Nigerians and their affiliated companies account for over 60% of all the total credit provided by the banks. If this is the case, which is evidently true with over 80% of our Small and Medium Enterprises (SMEs) maintaining that lack of finance remains one of their critical challenges, the question then is if the huge profits declared by banks are from financial intermediation or from anti-banking and exploitative activities. Using the 2018 annual performance as announced by the banks themselves, only about 10 banks can be said to be doing well in terms of declaring good profits or paying encouraging dividends. In a bid to survive the intensely competitive environment therefore, many banks have devised all kinds of nefarious charges through which they generate significant portions of their non-interest incomes. An experience shared two weeks ago explains this; on the first day of carrying out a transaction with one of the banks after opening an account with a good deposit, he was asked to re-submit his BVN number for re-confirmation. This he gladly did only to be alerted by his phone that he has been charged N2.50 as BVN enquiry charge. As he made a transfer from his account to another account, he was further charged N210.00 for the small transfer form he used in inputting the transfer details. In addition to these two exploitative charges, he paid another N52 as transfer charge and his phone credit further debited N8.00 as fees for the debit alert messages.

This scenario is the experience with many of our banks, it is difficult to agree that having more banks is what the economy really needs now and that the banks will be different from the existing 21 commercial banks. Given the current state and performance of our banks and as economies of scale and scope are critical factors in a sector like banking, it seems that what we need now might be more consolidation and regulatory reforms rather than new banks. Of the many reforms needed, a few stand out; first is the need for the development and enthronement of an effective and sustainable strategy for the integration of the informal finance sub-sector with the formal sub-sector, second is urgency for a deep understanding and utilisation of the recommendations of the recently released code for corporate governance by the Financial Reporting Council of Nigeria, third is the need to review the current cash reserve and liquidity ratios to see the possibility of reduction to free up some idle cash. The fourth regulatory reform is to explore how the banks can be helped to reduce their increasing non-performing loans and interest rates, fifth is the necessity to eliminate the opaqueness of our foreign exchange administration either through full liberalisation or a more transparent and beneficial system.

In addition to other required reforms, it is believed that the few identified above might better enhance the contribution of the banking sector to the economy than the emerging proliferation of banks and other financial institutions.

In your experience transacting with commercial banks in Nigeria, what other reforms would you recommend in improving the sector?