Recession and its Aftermath (Part 1): The Key Levers of Sustainable Diversification in Nigeria – Introduction 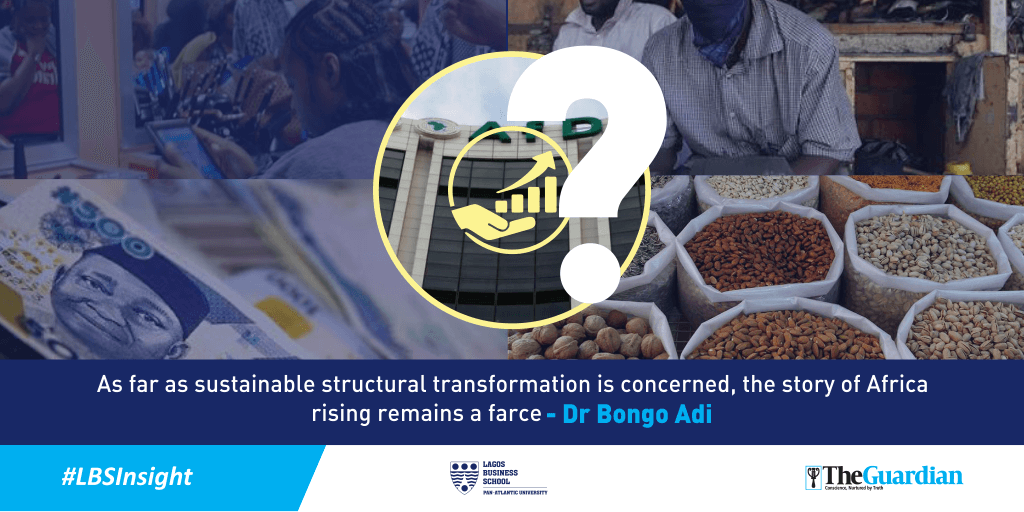 Recession and its Aftermath (Part 1): The Key Levers of Sustainable Diversification in Nigeria – Introduction

This is a five-part article that examines Nigeria’s prospects for sustainable economic diversification – lack of which was indicted as the major culprit in the last recession.  It starts with an introduction which looks at the macroeconomic performance from 2000. We then follow the winding road to the upending of the euphoria that was the nominal growth of that decade which brings us to The Great Unraveling.  The next section observes the bursting of the bloated economic balloon as the economy nosedived.  This omen befell this hapless state as the international context of capital accumulation and growth makes a new turn with new and altered laws and determinants of growth in the new and emerging economic landscape which unfortunately are incongruent with our antiquated, almost-second-industrial-revolution, economic system.  This we treat in the section on Changing International Context which brings us to the ways we and our systems adjust to the new realities in the section on Adjustments and Maladjustments.  The next section paints a picture of what should have been in the Road Yet to be Taken. The final section looks forlornly at the Dilemmas of a Prodigal State.

Between 2000 and 2014, Nigeria’s economy grew at a feverish pitch averaging 7.6 per cent per year. This growth coincided with a similarly bullish trend in the future of oil and other commodities which experienced a boom during the same period. In hindsight, it can be argued that Nigeria’s growth was solely driven by the surge in oil revenue for the entire period.  The sustained period of growth promptly manifested in rising disposable incomes of individual Nigerians and increased government revenues at both federal and state levels. When in 2013 the gross domestic product was rebased by using 2010 prices rather than the 1990 prices that had been used for the preceding 24 years to compute the value of final goods, the economy leapt from $270 billion to $510 billion, an increase of almost 90 per cent.  This meant that the Nigerian economy overtook South Africa’s as the continent’s largest economy and the 26th globally. This singular event immediately transformed Nigeria into a crown jewel before the international investors’ community and gave a renewed impetus to an overly sanguine narrative that had been gathering momentum at the time.  But this narrative remained an egocentric happy-tale of international treasure hunters and easy-fortune prospectors “fortunate” enough to be lapping up the proceeds of corruption and lax regulatory regimes as the recanted ad nauseam, the astonishingly astronomical profits possible in Africa.

This optimism received fresh legitimation when the Economist magazine published an edition in 2011 titled “Africa rising.”[1]  The same magazine had labelled Africa a hopeless continent a decade earlier.[2]  The newfound optimism was predicated on a number of key factors including a decade-long commodity boom; favourable demography marked by an increasingly young population; growth in manufacturing and especially, the service sector; growing stock of foreign investment; rising per capita incomes; the advent of Chinese capital in the extractive industry and infrastructure; rising productivity; increasing peace and stability and better governance. Lending further credence to this, in 2011, eight out of ten fastest-growing economies in the world were all African.  Truly, Africa did grow in the inflow of commodity money and a few scattered real sector growth, especially in tourism and a few other sectors, but the story of Africa rising, as far as sustainable structural transformation is concerned, remains largely a farcical charade. A more recent study has labelled it “growth without transformation.”

Nigeria most poignantly typifies these dynamics. The period between 1999 and 2014 witnessed the longest spell of sustained huge production of crude oil, averaging 2 million barrels per day for the period.  This, of course, translated to relative stability in government revenue over the entire period.  For a country that is solely dependent on oil revenue for its foreign exchange earnings, this amounted to nothing but a boom. The multiplier effect of this capital inflow readily permeated all aspects of the Nigerian economy. By 2008, Nigeria’s economy seemed to be on a sound macroeconomic footing to the extent that Merrill Lynch, a Bank of America wealth management firm, concluded in a report that among the major global economies, Nigeria remained the most insulated from the global financial crisis of 2008 – 2009 based largely on its huge current account surplus, 60 billion dollars in external reserves, healthy banking sector and low levels of external debts.  Between 2005 and 2008, the Nigerian stock exchange doubled in value, driven mainly by foreign portfolio investment following on the banking and financial sector reforms that took place over the same period.  Several Nigerian banks started to expand to other African countries and some to the United Kingdom where they started competing ferociously for UK deposits on interest rates as high as 7 per cent.[3]  The man who masterminded this – Prof Chukwuma Soludo – has been lauded as the man who saw tomorrow, a “generalissimo”.[4]  With a sound development macroeconomics and monetary economics background honed over years of international scholarship, Soludo understood the techniques of using macroeconomic policies to achieve real sector growth.

But despite Soludo’s genius, and the efforts of the then Finance Minister, Ngozi Okonjo-Iweala, who undertook wide-ranging reforms of the economy and the public sector to weed out corruption and consolidate government’s revenue, Nigeria’s economy would still, later prove to be a basket case.