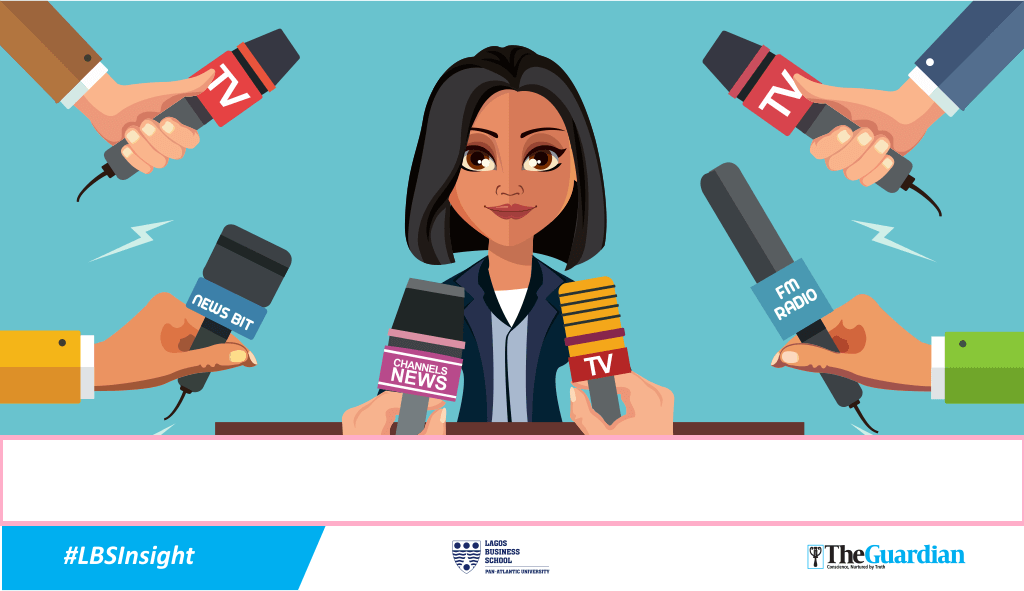 When your organisation is faced with a scandal that is in the public domain, should you tell the truth, some of the truth, all the truth, and to everyone?  Is it not the role of corporate communication to preserve the positive image of the organisation at all costs, even if that means “spinning” reality?

Crisis communication, the communication of unpleasant occurrences involving the media, is a controversial matter.  It is so, particularly because the main protagonists of the event hardly agree with the general public on the correct way to behave.  I fear that my recommendations will add to this controversy for some, so let us get my position out of the way by stating that the crux of my recommendations below is truth.  No matter the reputational danger your organisation faces, you must always tell the truth. Yes, tell the truth, even if it will harm you in the short term.  You will be better for it, in the short term and ultimately, in the long term.

The left hand of a forklift operator in a manufacturing plant was chopped off by a huge industrial blade due to negligence by a fellow worker; a school bus conveying 35 students aged 8 – 13 to an excursion plunges into a river, with no survivors.  It is suspected that the driver of the bus was drunk and was driving way beyond the speed limit; the male HR director of a bank has been accused by a female subordinate of bypassing her in a promotion because of her gender.  The said director was overhead making derogatory remarks about women; a superior was accused of physically assaulting a junior staff from a minority ethnic group; a senior director in a commercial bank has been accused of colluding with the chief financial officer of an oil firm to dupe the company of millions of dollars.

A business can lose its hard-earned reputation in an instant over an improperly handled event.  A scandal can rob a business of its authority, its customers, the confidence of its stakeholders or a sharp decline in share value.  It may even be liable to sanctions as a result of accusations or offences, be they true or false.

The Press – Mediators of Public Opinion

TV, print newspapers and radio serve as a medium bridging the divide between information about an event, and the consumer of that information.  The Press often calls itself the “fourth estate of the realm”, self-imposed or acclaimed role that rightly or wrongly tries to hold authority to account and responsible for their actions.  In days past, this role was exercised by one with access to many, but technology and the internet has changed all that now, as communication is largely many to many.  No longer does big media alone have access to tools for disseminating information.  The change in the medium notwithstanding, the same principles of crisis communication apply.

No matter what has happened, every organisation going through a public scandal should aim to come out stronger, with its reputation repaired if damaged, or intact if undamaged, retaining its authority to be a credible partner to all its stakeholders.  To this end, there are principles to be borne in mind.  Although the various principles can be understood in no particular order, following upon the first suggestion of the importance of speaking the truth, the next would be to always give priority importance to the victims.

In every crisis communication situation, there is somebody who suffers some harm, physical or psychological.  This harm exists whether the organisation recognises this or not, and whether the victim is objective or the harm is only imaginary.  There is always a victim.  Published opinion, which often helps to shape public opinion tends to take sides with the weaker of two duelling parties.   Showing consideration for the victim is not only necessary when the organisation is guilty, but is equally necessary even when the organisation is innocent and the accusation against it false.  This is because of the awareness of the importance of perception.

The creation of meaning may be intentional or unintentional.  In either case, meaning is always derived by the receiving party, whether or not it aligns with the intended meaning.  The meaning perceived by one party in the communication process may thus be false in comparison to what was intended but considered “true” for the one holding that perception.

It is, therefore, safer for the organisation dealing with a crisis communication situation to consider perception to be the “truth” for the victim, and so treat that party from this perspective.  Considering the perception of the victim will give the organisation a more complete view of all the channels of approach.  This awareness of the importance of perception should lead every organisation that wants to make its stakeholders happy, empathise with the bearer of a particular perception and work to right the experienced wrong.

Listen to the Victim

An extension of the importance to be accorded the victim is the need to listen to them.  Sometimes when the victims of an organisation slam huge lawsuits, there is a mistaken notion that what they want is money.  Not so,  demands for compensation, monetary or otherwise, may be the victim’s way of trying to hold big business to account or to make them pay for the pain they are suffering.  It would be wrong for big business to always consider that pecuniary gain is foremost in the minds of the victims.  This mistake could lead to offers of settlement or crisis communication solutions that backfire, as they may make the victims feel even more pain, insulted or harmed anew.  Sometimes, what the victims of such crisis situations want is to be listened to, understood and empathised with.  A lot can be gained by being genuinely sympathetic, showing concern and sharing,  in some way, the pain the victims feel.  But might this expression of sympathy not give the impression to the victim that the organisation is admitting guilt?  Might this not be falsely construed as an apology by an organisation?  Alas, this fear has held many organisations back from showing some ‘humanity’ that would have shortened many a crisis situation.  And yet the fear is a genuine one.  How then can an organisation combine a real expression of empathy with non-avowal of guilt?

As a manager in your organisation, have you been faced with a major crisis situation? How did you handle it?

1 thought on “Crisis Communication (I): Tell the Ugly Truth”