Crisis Communication (III): The Press is Your Friend 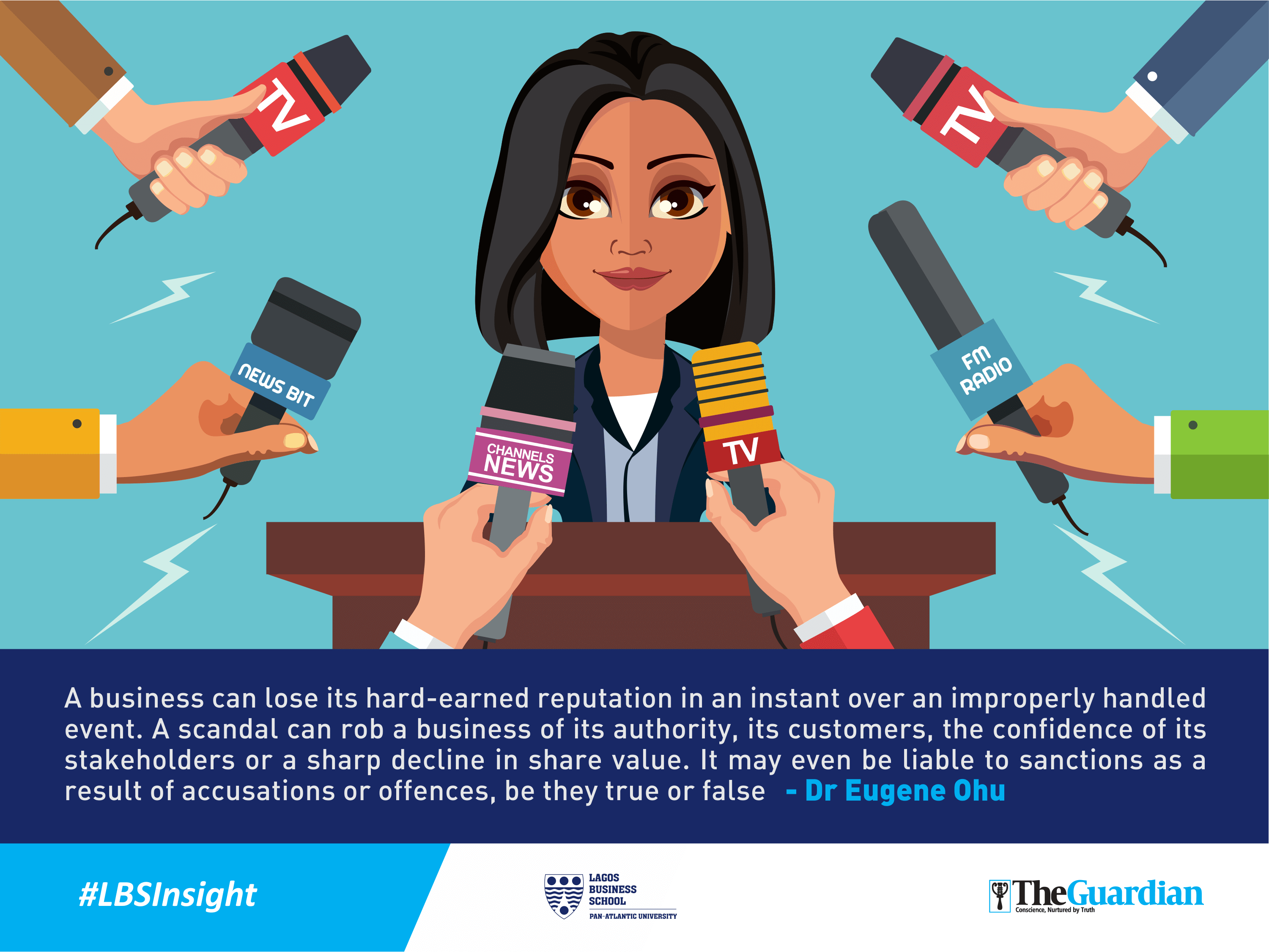 Crisis Communication (III): The Press is Your Friend

In the first two editions of this series, we established that identifying victims and propagating the truth using the media as a vehicle are processes that every corporate communications executive must understand when dealing with a crisis. In this concluding part, we discuss the relationship between the press and communication executives, and the place of the CEO and top management in a crisis.

iii)    Do not apologise solely in private:   After meeting and listening to the victims, request a private and public pardon.  You are dealing with individual hurts as well as private and public perception; therefore a public apology gives you an opportunity to change the narrative.

If your organisation is found guilty or declares itself so, it may have to pay damages and compensation.  So what? This fear is often why some organisations would rather tell lies that hurt people as well as their long-time reputation.  Hopefully, your business is insured for such eventualities. If not, set up a conversation with your insurer. It is not a question of “if” but “when”.  Once the bases are covered, you can face your core business. For equity to be served, it might be best to have recourse to a neutral third party in deciding compensation terms.

Although management hardly appreciates the importance of the corporate communications function until things go wrong, the best time to prepare for crisis communication is when there is no crisis.  Give power and authority to your media team, create a crisis communication team and plan for a crisis. When it eventually breaks, set the team to work, designate a spokesperson and give him/her authority.

It is best to avoid assigning spokesperson responsibilities to the CEO or topmost management person.  There are at least two reasons for this. In crises, everyone expects top management to make attempts at covering up.  You, therefore, want to show a face that the public can trust. Senior management is ‘the big man’ and you want to present an individual that the victims can identify as “one of us”.  A second reason is that you should reserve the CEO as a backup ace for when things go awry. This is not to say that the CEO can come up in the future to contradict the spokesperson’s stance, but keeping the CEO as a backup gives the spokesperson and the organisation time to think and breath.

None of this suggests that the CEO should not appear in public.  It is important that they do; however, day-to-day briefings should be handled by a senior Corporate Communications staff.  If the CEO is not media savvy, they should be trained to be. The best media training is honesty and humanity. Soldiers will follow a good general to war even when they know that only death awaits them.

Final recommendations: the press is your friend

Remember that the media is your friend and the mediator between your organisation and the public. Therefore, keep their interest in mind by staying aware of their unique reporting formats.  Television will be grateful for visual content, radio for audio, and print for quality photographs. Also, keep deadlines in mind. With the Internet as a competitor and the proliferation of citizen journalism, the traditional journalist has harsh competition for deadlines.  If you promise to give them feedback at a particular time, do it. To help traditional journalists compete with new media, consider giving them exclusives. It helps their job, and it keeps them grateful to you.

The corporate communications department should make its senior managers available to the press as necessary.  Pay attention to every journalist, even the owner of an “unknown” blog or Twitter handle. If that person has 100,000 followers, they might be more influential than your local newspaper that does not distribute that many copies of their paper daily.

Although there is a designated spokesperson, the organisation should prepare a position paper, which outlines the institutional response and timelines.  This ensures that everyone speaks with the same voice. This position paper can be a Question and Answer (Q & A) or a Frequently Asked Questions (FAQ) document, which simplifies answers for internal and external publics.  When a press conference is considered necessary, issue a press release that is simple, brief, clear, and gives room for the media to seek clarifications.

Finally, remember that once you have set out to be the source of the news, you must try to remain so.  This means that the organisation should keep its “subscribers” (the victim, the press, the public), informed about the progress and conclusion of the crisis in question.

Although Corporate Communications will be at the forefront, a crisis is a management problem that requires the full support of an organisation’s leaders to handle.  Crisis communication events are a growth opportunity for the organisation. Telling the truth and admitting fault may hurt, but when the sight is on the long term, it is the only way for a business that wants to last beyond today.

How did the CEO and other senior management staff in your organisation react in its most recent crisis? Did their reaction mitigate or exacerbate the situation?

The corporate communications department should make its senior managers available to the press as necessary.