The 2018 edition of the annual Lagos Business School Alumni Association (LBSAA) President’s Dinner held on Saturday, June 30, 2018, at Harbour Point, Victoria Island, Lagos. The event saw a gathering of hundreds of Alumni, who have graduated for over a 26-year period

The yearly President’s Dinner is the flagship social event for LBS Alumni and this 2018 celebration included the handing over of the Alumni Association President’s duties and inauguration of a new set of executive committee members. Just as in previous years, this edition was a night of quality networking, good cheer, fun activities, mouth-watering food and great music.

Here are five of the biggest highlights from the colourful night: 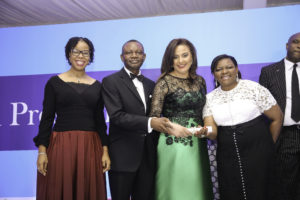 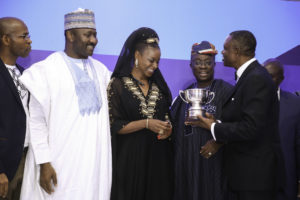 3. Recognition awards: LBS recognition awards were presented to people who have, in the last year, contributed significantly to promoting the School’s cause. Mr Emmanuel Imafidon was named the Most Consistent Monthly Donor while software company, SystemSpecs earned the Most Consistent Annual Donor award. Other individuals and class who have made notable contributions to the School in the current decade were also recognised. 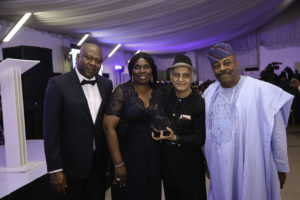 4. Raffle draw: The 2018 President’s Dinner was a night of unforgettable giveaways with attendees winning shopping vouchers, electrical gadgets and home appliances; but some of the most outstanding prizes were given to the three winners of the raffle draw. The first and second places won business class tickets to Dubai, UAE and Kigali, Rwanda respectively while the last winner went home with an economy class ticket to Atlanta, USA. 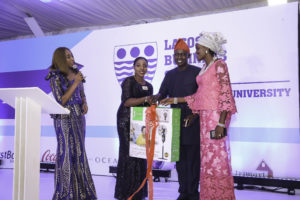 5. After party: With an excellent music band and an exceptionally talented DJ on ground, the night wrapped up with a dance session that saw alumni members and staff showing off their best dance moves to the choicest of songs. That also came with rewards as the best dancers were gifted laptops, phones and an executive swivel chair donated by The Chair Centre. 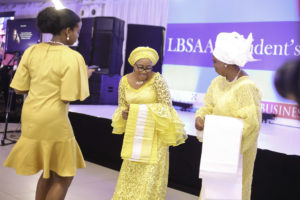 Dr Eugene Ohu, a Senior Lecturer at the Lagos Business School (LBS) is working with Meta (formerly Facebook) to conduct a Virtual Reality (VR) study across Africa.  The Virtual Human Computer Interaction (VHCI) Lab at the business school, headed by Dr Ohu will conduct cross-cultural academic research to explore the extent to which participation in a VR game design and play can increase empathy and compassion.

“The Future of Power in Africa” – Africa Energy Conference

news
Register For the event