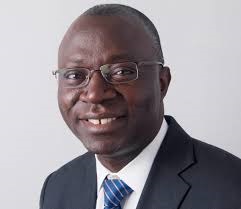 He is the President & CEO of GE Nigeria where he is responsible for developing and growing GE’s businesses in Nigeria.

Lazarus was appointed the President & CEO, GE West, East & Central Africa, in October 2008. His responsibility was expanded to include Commercial Growth Leader for Africa Region in May 2011. Lazarus Joined GE in 2004 and held several leadership positions within the GE Capital business in the U.S. From 1997 to 2004, he worked for JP Morgan Chase, New York, where he held senior positions in corporate mergers & acquisitions, strategic planning, and credit portfolio management. Between 1992 and 1997, he was Assistant Professor of Finance at Purdue University, and also served as Research Director at Fannie Mae in 1996.

He was elected the President of American Business Council (ABC) in Nigeria and sits on the Board of Advisory for Lagos Business School (LBS). Lazarus also serves on the boards of Africa America Institute (USA), and Bingham University (Nigeria).

Lazarus was born in Nigeria, and graduated from Ahmadu Bello University with a B.Sc in Mathematics, with First Class Honors degree. He then earned an Master’s degree in Industrial Engineering & Operations Research from The University of Iowa, and a Ph.D. in Corporate Finance from New York University.

Lazarus is an advocate for development throughout Africa through education and works with several charities and government agencies in furtherance of this cause. He is married to Joyce Lin and they have two children, Saraya and Jonathan.

Back to Governing Council
Register For the event