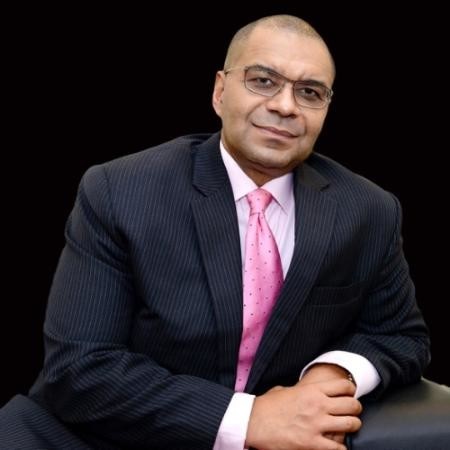 Andrew Alli is a finance professional with over thirty years of experience, much of which is in financing infrastructure and energy projects in Africa.

As the immediate past Chief Executive Officer of Africa Finance Corporation, Andrew was responsible for the overall strategy and operations of the Corporation. Under his leadership, the executive management undertook over US$4.5 billion in investments across Africa, financing high impact projects like the Jubilee Field in Ghana, numerous oil and gas related projects in Nigeria, a West African submarine cable, a commercial wind farm in Cape Verde, a toll road in South Africa, a greenfield power plant in Ghana and a flagship road infrastructure project in Cote d’Ivoire. During his tenure, AFC increased the size of its balance sheet four-fold, while gaining the second highest, investment grade, credit rating of any financial institution in Africa.

Until his appointment as CEO of Africa Finance Corporation in November 2008, Andrew was the Deputy Chief Executive Officer of Travant Capital, a private equity fund. Before that, he was with the International Finance Corporation (IFC), the private sector financing arm of the World Bank Group in Washington as an investment officer working first in the Oil, Gas and Mining department and then in the Telecommunications department.

Andrew is currently CEO of Southbridge Group, a pan-African financial advisory firm, and non-Executive Director at MTN Nigeria, CDC Group, a UK government-owned DFI and of the Development Bank of Nigeria.

Back to Governing Council
Register For the event
We use tools, such as cookies to enable essential services and functionality on our site and to collect data on how visitors interact with our site services.
By Clicking Accept, you agree to our use of these tools for advertising, analytics and support.
Read our updated privacy policy for more about what we do with your data, as well as your rights and choices – including how to manage cookies. ACCEPTNo
Revoke cookies