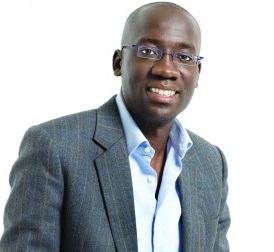 A Senior Partner in the Johannesburg office, Dr Acha Leke started his career at McKinsey & Company, South Africa as a Summer Associate in 1998. He rejoined the firm in Atlanta in 1999 and was transferred back to Johannesburg in 2002 to help expand the firm’s activities across sub-Saharan Africa. Acha relocated to Lagos in 2010 to open up the firm’s newly established office in Nigeria but returned to South Africa in 2014. He leads the firm’s Public and Social Sector Practice in Africa, as well as its Private Equity Practice in Africa, and is a member of the McKinsey Global Institute (MGI) Council. He is also the Senior Partner in charge of Global Recruiting for McKinsey worldwide.

Acha serves governments, multinational, and private sector institutions across Africa on issues of economic development, tax administration, growth strategies, holistic transformations, and investment decisions. He has worked across over 20 African countries to date.

Acha is a co-founder and member of the Board of the African Leadership Academy, a co-educational boarding school that aims to develop the next generation of African leaders. He is also a co-founder of the African Leadership Network, an invitation-only network of young African leaders who aspire to bring prosperity to the Continent. He is a World Economic Forum (WEF) Young Global Leader Alumni (2008), and has received numerous recognitions including Africa’s Young Investment Professional of the year (Africa Investor, 2008); Top 40 men under 40 in South Africa (Destiny Man, 2010); Top 10 Youngest Power Men in Africa (Forbes, 2011); 50 Most Influential Africans (Africa Report, 2012); 100 Most Influential Africans (New African, 2012, 2014, 2015, 2016); Top 20 next-generation Francophone Africans (Forbes, 2013); Top 40 under 40 in Nigeria (Business Day, 2013); Top 20 Rising Stars in Africa (Euromoney, 2014).

He is currently a member of the WEF’s Global Future Council on Economic Growth and Social Inclusion – after having served for 8 years on the Global Agenda Council for Africa; of ONE’s Africa Policy Advisory Board; of the Lagos Business School Advisory Board; and of President Kagame’s African Union (AU) Reform Steering Committee. He co-authored McKinsey’s highly acclaimed series of Lions on the Move reports and is regularly featured in various media (CNN, CNBC, Bloomberg, Economist, FT, Wall Street Journal, etc.).

Acha is from Cameroon, and is fluent in both English and French.

Back to Governing Council
Register For the event
We use tools, such as cookies to enable essential services and functionality on our site and to collect data on how visitors interact with our site services.
By Clicking Accept, you agree to our use of these tools for advertising, analytics and support.
Read our updated privacy policy for more about what we do with your data, as well as your rights and choices – including how to manage cookies. ACCEPTNo
Revoke cookies