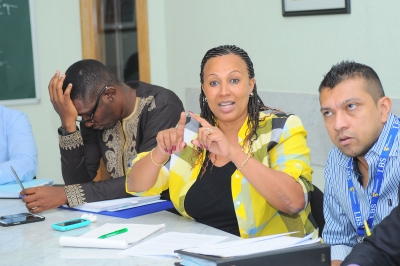 There have been growing concerns as regards factors that determine the pattern of consumption of individuals and one of the pertinent questions is “Does change in individuals’ wealth affect their consumption pattern?”

The observed positive relationship between change in spending and perceived wealth is popularly referred to as “wealth effect,” and it implies that when individuals feel or have the sense that their wealth has increased, they increase their spending. For instance, an individual may start to think of increasing his meal portions or reviewing his food choices; he may also think he needs to purchase a new car or replace his old one(s).

Different scientific studies have solidified the claim that there is a change in consumption especially when there is a significant change in income level. However, the certainty of increased wealth leading to an increase in consumption pattern remains unclear. How people respond to changes in income is dependent on whether the income change is expected or unexpected, temporary or permanent. The way individuals will respond to a change in income resulting from an unexpected-overtime payment will be different from how they will respond to a change in income that arises as a result of salary increment. This is because, with unexpected-overtime payment, the change is temporary, therefore an individual may not see any need to increase how and what he consumes- goods or services.  However, if the change is permanent as in the case of salary increment, the individual may consider increasing his consumption pattern to suit the present income status.

Another important thing to note is that the amount of money (income) people have within their capacity is responsible for a higher variation (i.e., change) in their consumption pattern compared to the level of wealth which has a lower variation effect. Changes in consumption pattern also vary within different forms of wealth, physical or financial. Physical wealth (e.g., house ownership) can make possessors spend more when compared to financial wealth (e.g., stock ownership). To explain this further, people who have financial wealth want larger returns on investment. They always want to plow back profits to further invest, while those with physical wealth may not consider reinvestments as necessary or important, as they assume that the income flow is permanent; hence, they spend more.

In an attempt to understand the relationship between wealth and consumption, a study on the subject was carried out in the Eastern part of Nigeria.  After surveying about two thousand and thirty-one (2031) households, several interesting results were found.

Individuals are likely to consume more in their prime working age (30-50) than in their young or old age. People that require a high level of expertise in their occupation, i.e., professionals, record high consumption expenditures compared to people in low-skilled jobs.

Contrary to expectations, a higher educational qualification does not result to increase in consumption accordingly, and urban dwellers have a high consumption expenditure compared to rural dwellers. The difference in consumption expenditure patterns between urban and rural dwellers can be attributed to the fact that markets offer varied options to the former compared to the latter. These options range from type of housing, utilities, food, and clothing among others.

Also from the findings, employees on permanent income spend less compared to entrepreneurs. Employees save more for precautionary incidents such as job loss, unlike entrepreneurs that are more certain of income continuity.

The major policy implication is the need for individuals and government to understand that this variation in consumption pattern can significantly affect a nation’s wealth. It should be of priority to government to consider what level of individuals’ wealth will increase aggregate consumption, and what policies will expand capital access to entrepreneurs and increase wealth for all citizens.